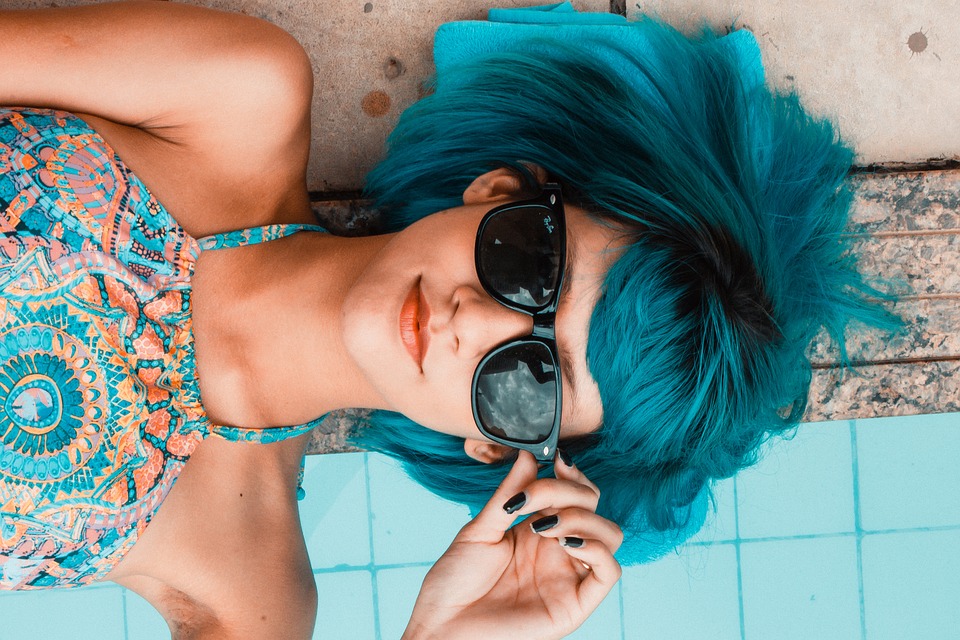 It's no secret that both women and men today are under pressure to look a certain way. From airbrushed models in advertisements to celebrities with entourages of personal trainers and plastic surgeons, it?s no wonder that many people feel discouraged when they believe they fall short of the supposed perfection surrounding them.  For those with body dysmorphic disorder, however, this dissatisfaction with one's appearance is much more serious and psychologically damaging than the normal urge to look good in a bikini. Individuals with body dysmorphia fixate on their flaws to the point that negative thoughts about their appearance become obsessive and consume their daily lives, damaging their ability to interact socially and leading to depression.

We all have things about our appearance that we may not be fond of, whether it be a prominent nose, thin hair, wide hips, or a soft belly. We may look in the mirror and pinch the skin around our waist, be self-conscious about being in photos, or dread the harsh light of the dressing room, and we wouldn?t be alone in those feelings. But for those suffering from body dysmorphic disorder (BDD), intense, negative scrutiny about appearance can be detrimental by interfering with self-esteem to the point that it affects the ability to hold relationships and to have a social life. According to the Anxiety and Depression Society of America, body dysmorphia is "a body-image disorder characterized by persistent and intrusive preoccupations with an imagined or slight defect in one's appearance." Sufferers of BDD may obsess for multiple hours each day about their flaws, leading to extremely low self-esteem, avoidance of work or social situations, anxiety, and suicidal thoughts. It moves beyond typical self-consciousness into the arena of a mental health issue.

What are the Symptoms?

Body dysmorphic disorder usually develops during adolescence and affects both men and women equally, accounting for about 2.5% of the U.S. population. Although it is not known exactly what causes BDD, research shows that it can be a product of genetic predisposition, a side effect of anxiety or depressive disorders, or a result of trauma, such as sexual abuse. About a quarter of those with body dysmorphia also suffer from obsessive-compulsive disorder, whereby the performing of ritualistic behaviors serves as an outlet for anxiety over perceived flaws. Body dysmorphia differs from eating disorders in that it focuses on a specific body part, often with irrelevance to weight. Unlike eating disorders, where sufferers are preoccupied with overall weight or body shape, those with BDD usually obsess over one part of the body, the most common areas being hair, skin, nose, chest, and stomach.

Oftentimes the supposed "flaw" is incredibly minor or non-existent and is not particularly noticeable to others, but to someone with BDD, this imperfection causes significant and serious emotional distress, with episodes of intense fixation lasting hours or an entire day. The person may spend an abnormal amount of time obsessing in front of the mirror, avoid mirrors altogether, make attempts at disguising the flaw with clothing or makeup, constantly talk about the defect, pick at skin, seek verbal reassurance from others but disregard assurance, avoid social gatherings or leaving home, undergo multiple plastic surgery procedures, compare themselves to others, exercise excessively, and suffer from anxiety, depression, and have suicidal thoughts due to severely low self esteem.

Body dysmorphia is a debilitating condition that can leave the sufferer feeling humiliated and depressed, but luckily, it is treatable. BDD can be diagnosed by a trained professional, but be aware that it often goes misdiagnosed by general practitioners as a depressive disorder because patients sometimes fail to provide their doctors with the extent of their compulsions and obsessive thoughts. If you are concerned that you or someone you love suffers from BDD, make sure that the clinician is aware of all symptoms so that they can make the proper referral to a mental health professional for further evaluation. Although there is no cure for BDD, it can be successfully treated with antidepressants and cognitive behavior therapy. Those with body dysmorphia do not need to suffer in shame, as there are treatment options that can allow them to lead full, joyful lives where they can thrive at work, enjoy meaningful relationships, and appreciate social activities once again.

If you liked this article, you may also enjoy
PLASTIC SURGERY

The Scoop On Belly Button...

For Millennials, There is No...

Of Psyche and Skin: Beneath...

Breast augmentation, also known as breast enlargement or breast implants, is a surgical procedure that increases the size or fullness of a woman’s breasts using artificial implants made of silicone or saline, or in some cases fat from the woman’s own body.
Facelift

Facelift, also known as rhytidectomy, is a surgical procedure used to improve the signs of aging in the face and neck. Facelift usually delivers long-lasting results and is effective at recontouring the neck and jawline.
Tummy Tuck

A neck lift, also known as platysmaplasty or cervicoplasty, is a surgical procedure that addresses the signs of aging in the neck area, and typically focuses on sagging skin, lost volume and muscle toning. It is sometimes performed together with other facial surgeries, such as a facelift or browlift.
FIND A PHYSCIAN NEAR
MORE PHYSICIANS