Cellulite Treatments To Get You Ready For Summer 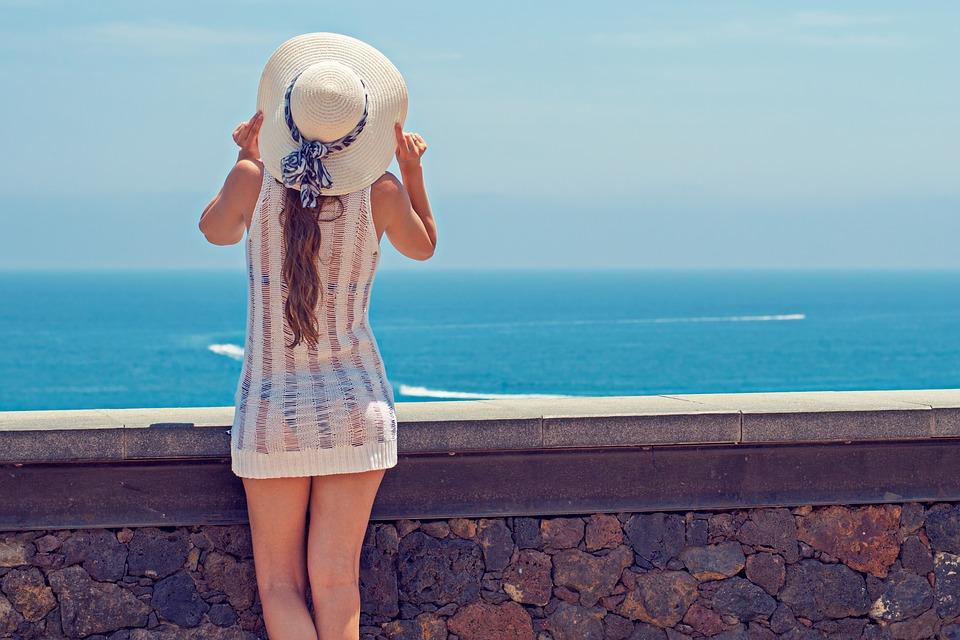 Summer is quickly approaching, which means that getting rid of cellulite, the dimpled and lumpy cottage cheese skin that appears on our butts, thighs and abdomens, is a priority.

Fully 90-percent of women and 10-percent of men will develop cellulite, and despite the common perception, cellulite has little to do with weight. It can and does strike people of all sizes and ages. (Demi Lovato recently shared photos of her own cellulite on Instagram.)

We still aren't totally sure what causes cellulite to develop, but hormones, genes and unhealthy lifestyles are certainly part of the story. The good news is that we are getting better and better at diminishing cellulite's appearance, experts tell Beauty in the Bag. Owing largely to improvements in technology, cellulite treatments increased nearly 20 percent during the last year, according to the American Society of Plastic Surgeons (ASPS).

"I think the hardest part of treating cellulite is the definition of cellulite," says Connecticut dermatologist Deanne Robinson, MD. "As women, I feel that any irregularity, or not smooth areas that we see in our legs or buttocks, we view and define as cellulite. However, many times, what we are seeing is laxity or areas of rippling and rolling lipodystrophy (fat deposits)."

Cellulite has three very specific properties, explains Bruce Katz, MD, a Clinical Professor of Dermatology at the Icahn School of Medicine at Mt. Sinai, Director of the Cosmetic Surgery & Laser Clinic at Mount Sinai Hospital and Director of the JUVA Skin & Laser Center in New York City. "There is fat that herniates through the dermis and causes the raised areas or hills. The valleys are caused by fibrous bands that connect skin to muscle, and thirdly, the laxity of the skin allows both of these things to happen."

Cellulaze is the one treatment that addresses all three of these concerns. "Your doctor inserts a small cannula under the skin and fires laser energy to the cellulite, where it releases the areas of skin depression and increases the elasticity and thickness of the skin," he says. Put another way: "we cut the band that causes the dimples and melt the fat that is causing the hills and then we firm up the skin to stimulate collagen." Collagen is the main structural protein that gives our skin the supple, elastic properties we associate with youth. The best part? Celllulaze is a one and done procedure, he says.

Cellfina is another anti-cellulite device that works by breaking up the fibrous bands, he says. "We know it works, and we know the effects last up to five years," Dr. Katz says. Only one treatment is needed.

"My ideal patient is one with discrete dimpled cellulite with good skin tone," adds Dr. Robinson.  "Combining Cellfina with fillers such as dilute Radiesse or Sculptra and energy- based devices can be used to optimize results by inducing new collagen synthesis and resulting in an all-around smoother appearance," she says.

Another energy-based cellulite treatment, the Viora Reaction,  focuses on reducing the fat content in fat cells and destroying some of the cells," says Dr. Bonnie Marting, DNP ARNP, Director of Medical Aesthetics at Anushka Cosmedical Centre in West Palm Beach, FL. "It also focuses on the other factors of cellulite such as collagen strength and its ability to keep the cells below the surface, where they should be," she says. Generally, six to eight treatments are needed to get cellulite under control. "Viora Reaction has the ability to be programmed to penetrate the fat layer superficially, mildly, or even deep, depending upon the need. It is truly a universally valuable product for the treatment of cellulite," she says.

Z-wave acoustic therapy is another game changer for the treatment of cellulite, Dr. Katz says. "It stimulates the collagen with sound waves, so cellulite is less noticeable," he says. Most people require five to eight treatments, along with a maintenance treatment once or twice a year.

There's a lot of excitement and enthusiasm around Endo Pharmaceutical?s Xiaflex (collagenase clostridium histolyticum), Dr. Katz says. It is already approved to treat Dupuytren's contracture (a hand disorder) and Peyronie?s disease, which is marked by curved, painful erections. Given by injection, Xiaflex may work by breaking the bonds of the collagen structure.  The company just initiated two phase-III clinical trials looking at they drugs effectiveness for treating cellulite. "We are definitely getting better at treating cellulite, and Xiaflex may be another addition to our armamentarium," he says.

This article originally appeared on BeautyInTheBag.com and is republished with their permission.

If you liked this article, you may also enjoy
CELLULITE REDUCTION

Is There Really A Reliable...

Cellulite occurs as pockets of fat under the skin, resulting in a dimpled appearance. Cellulite treatment, also known as cellulite reduction, refers to a variety of procedures used to reduce the dimpled skin, including massage machines, collagenase injections, as well as laser and light therapies. 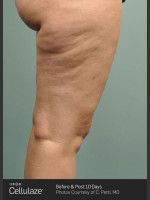 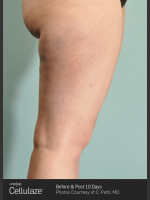