Tattoo Regret Doesn't Have To Be Painful 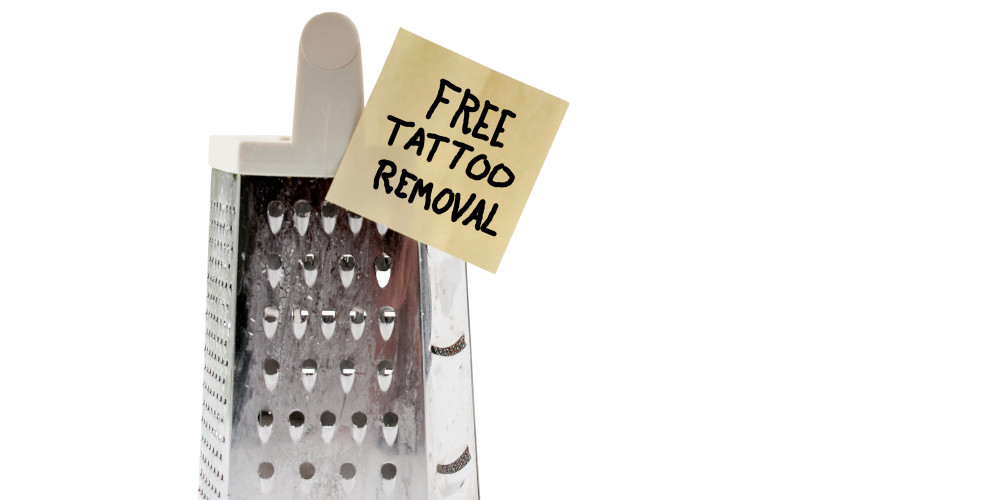 In the bad old days, it was mostly soldiers and slaves who got tattooed, and usually against their will, since the purpose was to make them easier to capture if they deserted or ran away. Fast forward to this century, and by 2012, the percent of the US population sporting at least one tattoo hit 21%, with 32% of those being GenXers, and a whopping 38% being millennials.

Have Tattoos Lost Their Edge?

Anthropologists believe these "self-inflicted" tattoos reflect the social milieu and provide a way to elicit a response from others (i.e. get attention), which makes perfect sense. What better way to get a rise out of your parents than by getting inked the second you're no longer under house rules?

But, sadly for the rebels among us, tattoos are losing much of their shock value and fascination, much like Facebook did. It's not so cool when your parents, and maybe even your grandparents, are all over it too, and 15% of baby boomers now have tattoos.

An even bigger factor in decreasing the shock value and commitment of the tattoo is the entire industry standing by, ready to take them off with lasers. Since everybody loves statistics, here's a couple more. The American Society of Dermatologic Surgery doctors completed almost 130,000 tattoo removal procedures in 2018, and according to The American Society for Aesthetic Plastic Surgery, well over 45,000 tattoo removal procedures were performed in 2018, up 11% compared to just two years before. Those numbers are sure to climb a lot higher, especially as the tattoos start to sag, along with the canvas they were inked on.

While these laser removal techniques have been around for forty years, tattoo regret, and efforts to erase tattoos, have been documented as far back as the sixth century. Most of the procedures were extremely unpleasant, involving deep skin scrubbings and things like green corn juice, and didn't work all that well anyway.

So, what's the latest in tattoo removal?  Less ouch is the biggest news. Many people believe that the pain of tattoo removal is a lot worse than the pain of getting inked in the first place, but that's not so much of a worry now.  A breakthrough technology called the "picosecond" laser, an ultrafast or ultrashort pulse laser, uses one-trillionth of a second, highly-pressurized pulses, to smash the old ink into tiny particles that the body naturally absorbs, allowing the tattoo to fade into oblivion.

Still, tattoo removal isn't easy. A stubborn tattoo can take as many as 10 or more sessions to remove (each color requiring a different wavelength of laser to break down, with purple and orange being the nastiest) and it's not cheap. But for those suffering tat regret and hoping to remove, or at least fade, a visible piece of self-inflicted history, there is much reason to celebrate these new aesthetic lasers. Not surprisingly, women have the highest tattoo regret, with more than 72% reportedly going in for removal.

If you liked this article, you may also enjoy
BRANDED TREATMENT REVIEWS 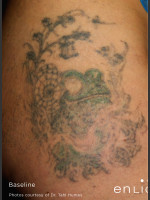 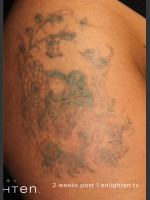